Welcome to the Houshin Engi Wiki!
Your online source for all information on the manga and anime, Houshin Engi.
This wiki already contains 5,332 number of edits and a total of 415 articles since its creation on July 31, 2013.
» Please do be aware that UNMARKED SPOILERS lie within! «
Rules & Guidelines • Manual of Style • Articles in Need! • Request for Adminship • Admins 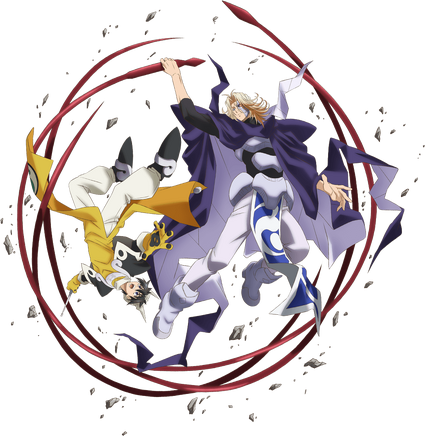 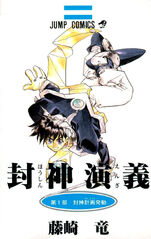 "The story is set in legendary China. A beautiful female fox spirit named Dakki, is controlling the Emperor Chuu Ou and the ruling Yin dynasty, and is using her power over him to do evil in the nation. An immortal-in-training named Taikoubou, is chosen by the great immortal sages for the Houshin Project — to seal away or destroy the evil demons that infest the world. In the course of his adventures, Taikoubou gathers other powerful companions and sets out to seal away the demons and eventually destroy the fox-spirit Dakki."

Houshin Engi 「封神演義」 is a Japanese manga series inspired by the Chinese classic, Fengshen Yanyi, and is written and illustrated by Ryu Fujisaki, spanning 204 chapters with a total of 23 volumes. A 26-episode anime television series adaptation by Studio Deen premiered in the Summer season of July 3rd, 1999 and ended on December 25, 1999.

On July 31, 2017, it was announced that a new TV anime of the manga series was greenlit. The remake will air on Fridays starting on January 12, 2018 and will cover the Sennin War Arc of the manga.

Community content is available under CC-BY-SA unless otherwise noted.
Advertisement